Melbourne Artist Accuses Escape The Fate Of Ripping Off Art

"Disappointed to find out today of a large band that I’ve enjoyed and admired for years ripping off my art."

Melbourne artist Cameron Gray, who makes canvas artworks and premium metal prints at Parable Visions, has alleged the American band Escape The Fate of ripping off his artwork.

The design in question is the art used for Cage from the album This Is The Warning, originally released in 2010. Promoting their new single, H8 Myself, Escape The Fate have similar artwork but with their logo plastered over it.

Gray posted on social media today, claiming that the band previously enquired about his album art. "Disappointed to find out today of a large band that I’ve enjoyed and admired for years ripping off my art, especially after they approached me to enquire about my album art.

"I always keep these things private, but this one stings quite a lot as it was artwork I created for Warner Bros and Dead Letter Circus who I have a deep love and respect for since they helped me become who I am today. And personally as I’ve gotten older I’ve become sick of protecting peoples shitty behaviour Escape The Fate."

People are flooding Escape The Fate's Facebook posts with the allegations calling out the band while also sharing screenshots of Gray's statement.

View the Escape The Fate and Dead Letter Circus artworks below. 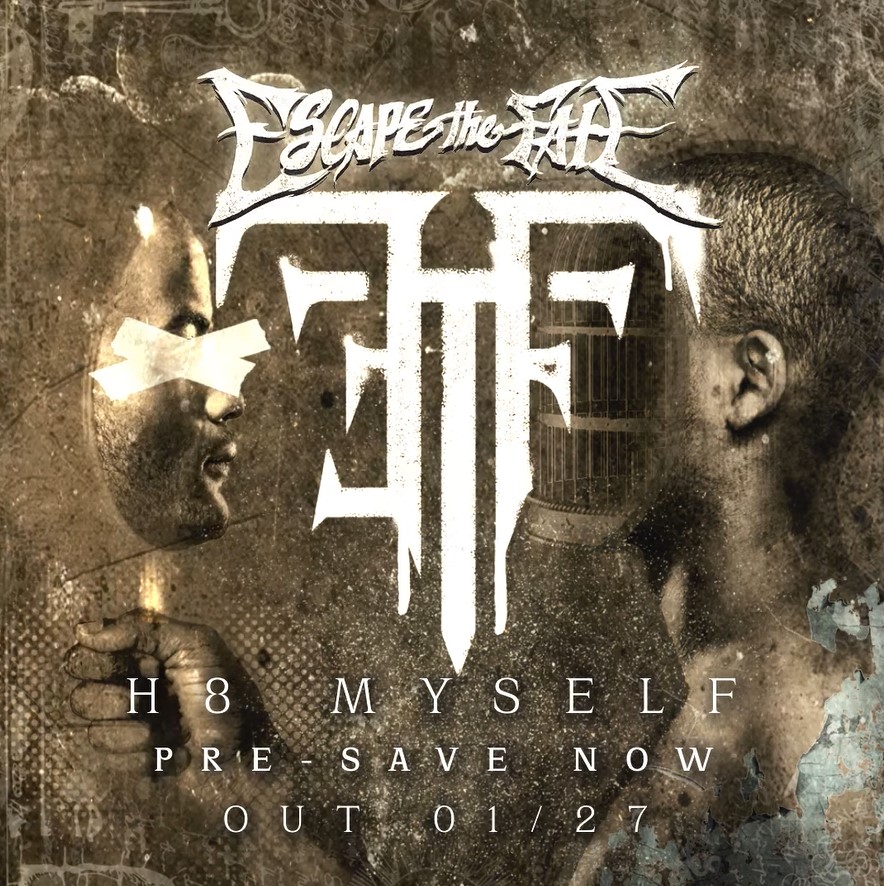 Escape The Fate will be returning to Australia in April. The Dead Masquerade tour will be their first time back in the country in five years.

The Las Vegas-based post-hardcore band will be performing their self-titled album in full, as well as new songs and greatest hits from across their catalogue.

Escape The Fate vocalist Craig Mabbitt says about the tour, "I hope that people think of Escape The Fate as a good time, but a good time in a better way. We want people to connect deeply with the music and disappear in it. Get lost and then return from the album or show, feeling inspired about themselves. We want to make people feel better about life, to know they can take on all its hardships. That's what the music does for us as a band. That's what we want it to do for the audience too."

Their 2008 breakthrough second album, This War Is Ours, saw Mabbitt join the band after the departure of ex-vocalist Ronnie Radke and catapult the band to mainstream success. The album led to a record deal, and their 2010 self-titled album produced by Don Gilmore (Linkin Park, Avril Lavigne, Korn) hit #1 on Billboard's Hard Rock Albums chart. The band's seventh album, Chemical Warfare, was released in April last year.