How's this for a lineup?

blink-182 and Green Day will join forces to headline an absolutely stacked lineup at the 2023 edition of the When Were Young festival in Las Vegas.

The giants of pop-punk will be joined in Las Vegas by some of the biggest names in the late 90s and 00s pop-punk, post-hardcore, emo and rock scenes, as well as some titans of the current day.

Good Charlotte, the Offspring, 30 Seconds to Mars, All Time Low, 5 Seconds of Summer, Pierce the Veil, Rise Against, Yellowcard, Sum 41, Simple Plan, Say Anything, New Found Glory, Thrice and Finch feature on the massive first announcement for the event that will take place on October 21, 2023 at the Las Vegas Festival Grounds. Tickets will be on sale from Friday, October 14 at 10 am PT (4 am, Saturday, 15 October, AEDT) via the When We Were Young website. There's a pre-sale available as well, with sign-up instructions provided on the website. 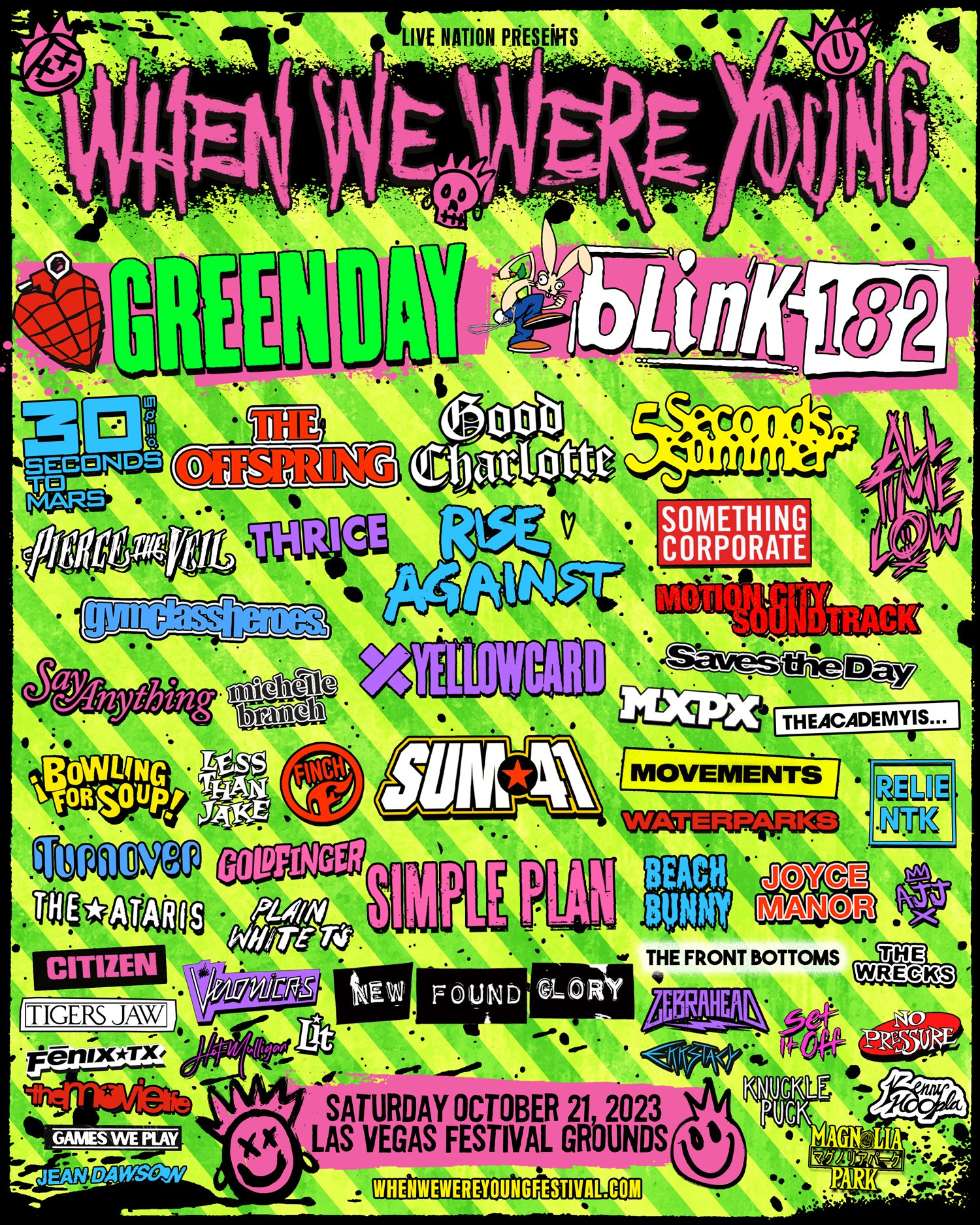 The 2023 lineup announcement comes a week before the inaugural edition of the festival is set to take place. That event, headlined by My Chemical Romance and Paramore has sold-out three times over, giving organisers the confidence and financial capacity to move on with announcing the 2023 edition.

blink-182's inclusion on the lineup comes mere hours after the band announced Tom DeLonge had rejoined the band.

The band also announced new music and a massive global tour that will make its way to Australia in 2024.

A teaser video for the tour is soundtracked by a snippet of new song Edging, which will drop this Friday, October 14. It’s the trio’s first new music together since 2012 EP Dogs Eating Dogs, with blink also confirming that an “album’s coming”.

The pop-punk legends will embark on their “biggest tour ever” in March, performing in Latin America with Wallows before a massive run of shows across North America with Turnstile and dates all across Europe with The Story So Far before playing next year’s When We Were Young Festival in Las Vegas and finally making their way to Australia and New Zealand in February 2024 with Rise Against.

Halestorm Have No Time Or Energy For 'Harbouring Resentment'